It evolves into Electruxo starting at level 27.

Along with Raptorch and Orchynx, Eletux is one of the Starter Pokémon of the Tandor region, able to be chosen at the beginning of Pokémon Uranium.

Eletux is an average-sized quadruped with horse-like features. It's the biggest of the starters on Tandor. It has oily, fish-like blue skin with a yellow lightning pattern on each side of its body. It has 3 small tails and 1 big tail with an yellow bulb on the tip of each one that are able to generate electricity. Its feet are also yellow and can also generate power.

Eletux can generate electricity from its four bulbs on its tail, which can be then released as a high voltage current. This current can be used generate a magnetic field around its feet that allows it to walk over water. It also can shoot water from its mouth. Even though Eletux isn't at risk for extinction, it naturally has a low population. That occurs mainly because Eletux and Electruxo don't live in groups, since their magnetic fields generally conflict with each other. They can only live together with their mate, since the generated field between the two of them resonate. Eletux are generally found swimming or hovering over big, pristine water lakes. Uncommonly, they can also be found in the ocean.

Eletux is based off of a hippocampus, a beast from Greek Mythology.

Eletux is a combination of electricity or electric and flux or lux. 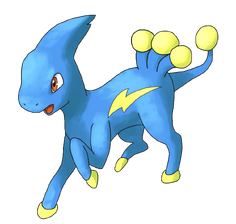 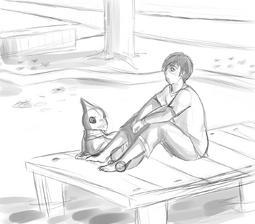 Fanart of a trainer and their Eletux by Tumblr user BeefyBidoof. 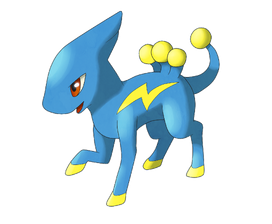 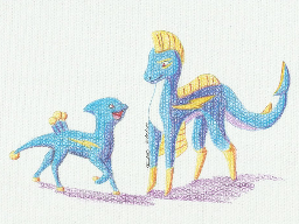 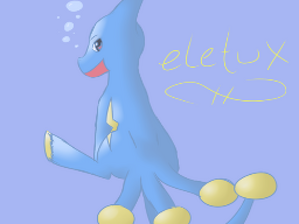 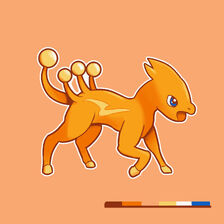