Vitor, Natalie, and Pluto are the main characters in Pokémon Uranium. The player can choose their name and gender at the start.

Together with Theo, they receive their Starter Pokémon from Professor Bamb'o and embark on a journey to collect all of the Gym Badges and catch all the Pokémon in the Tandor region.

Born to two brilliant minds: a world-renowned Pokémon Ranger and a genius nuclear physicist, the hero would have lived an easy life had tragedy not struck when they were only 3 years old. The disaster at the nuclear power plant resulted in the presumed death of Lucille, and the subsequent grief of Kellyn made him abandon his duties to his child and throw himself into his work. They were left in the care of Kellyn's Auntie in Moki Town, where they grew up alone, only seeing their father on rare occasions. Theo was a childhood friend, who used to always follow them around and copy everything they did.

At the age of 13, Auntie tells them that due to her age she cannot support them any longer. Fortunately, Professor Bamb'o is looking for a research assistant, and having known them and Theo for many years agrees to hire them. They leave home to journey out across Tandor.

The player receives a starter Pokémon from Professor Bamb'o after completing the Pokémon Trainer Test. Depending on the test results, this is either Orchynx, Raptorch, or Eletux.

After that, the Pokémon they use depend on what the player chooses to catch and train.

The hero grew up independent and self-reliant from a young age. They are curious about the world and fearless, both qualities they inherited from their father, Kellyn.

Fanart of Vitor in 3D by Rainie26 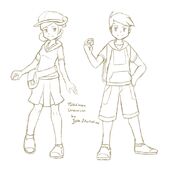 Natalie and Vitor Fanart by Hanyuu 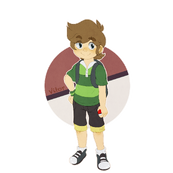 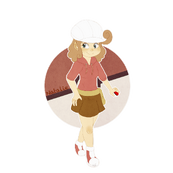 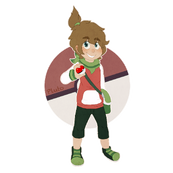 Credits artwork
Add a photo to this gallery
Retrieved from "https://pokemon-uranium.fandom.com/wiki/Main_Character?oldid=71958"
Community content is available under CC-BY-SA unless otherwise noted.