The Tsukinami Village Gym is the eighth gym the player faces. It is led by Hinata and Kaito, who specialize in day and night-themed Pokémon. To solve the puzzles, make the number of black and white tiles equal in each area by walking on them. Stepping on a white tile turns it black, and vice versa. 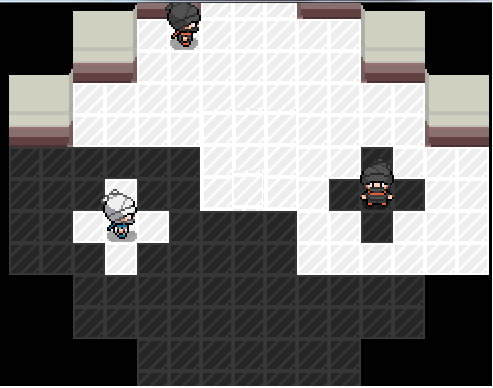 The Gym Leaders are battled one after another without an interruption, but you can choose which one to battle first, essentially making this an 8-Pokemon battle.

Hinata and Kaito both use 3 Max Potions.

Retrieved from "https://pokemon-uranium.fandom.com/wiki/Tsukinami_Village_Gym?oldid=74879"
Community content is available under CC-BY-SA unless otherwise noted.